Tori Chaffee appears in one of the stories in "Almost, Maine," which runs Nov. 15-19 at the Fusion Theatre.

MONMOUTH, Ill. – “One of the toughest things there is to deal with in life: love.”

The introductory notes to playwright John Cariani’s Almost, Maine reminds us that love is difficult. The College’s Department of Theatre will stage the romantic comedy Nov. 15-18 at the Fusion Theatre in downtown Monmouth.

Another take on Cariani’s theme might be that directing a play is tough, but it’s a worthwhile undertaking. Five Monmouth students are handling the directing duties as part of the College’s “Principles of Directing” class, taught by theatre professor Vanessa Campagna.

“At Monmouth, we believe wholeheartedly in embodied knowledge,” said Campagna. “That means taking what you learn from reading texts, from studying in the classroom and then putting what you know into a real-life application.”

Campagna said that it doesn’t get more “real-life” than staging a production for the public.

Savage, who also will act in the production, said there was “palpable excitement” when it was announced that Almost, Maine would be part of the 2018-19 season.

“From the people I’ve talked to, a lot of them have done the show before,” said Savage, who is directing for the first time. “They’ve done it in high school, they’ve actually helped direct it with little kids. When they heard it was going to be done again, they were like, ‘Yes, this is going to be great. Now I get the chance to act in this. Now I get the chance to see how it can be done in a different way.’ … I’m really hoping that my vision can get across to the people who attend the show.”

Set in the remote, mythical almost-town called Almost, Maine, the romantic comedy explores themes of love and loss through nine short plays, bookended with a prologue and epilogue. Campagna clarifies, however, that the play is a romantic comedy that reveals the wonder, and even beauty, inherent in the struggle.

“It is romantic, and it is a comedy, but there are also some pretty deep moments,” said Rose, who’s also a first-time director. “There are some heartbreaking scenes … (but) there’s also some really happy moments. A theme throughout the play is romantic love is very hard, but it’s worth it.”

Said Campagna: “We all love. … Although it is can be tremendously difficult to navigate loving relationships, there are magical moments. Cariani’s play includes an evocative symbol that captures this central idea.”

Monmouth College will present “Almost, Maine” at 7:30 p.m. Nov. 15-17 and at 2 p.m. Nov. 18 at the College’s Fusion Theatre, 230 S. Main St., Monmouth. Tickets can be purchased at department.monm.edu/theatre. Tickets are $8 for adults, $7 for seniors and students, and $6 for students and faculty with a Monmouth College ID. 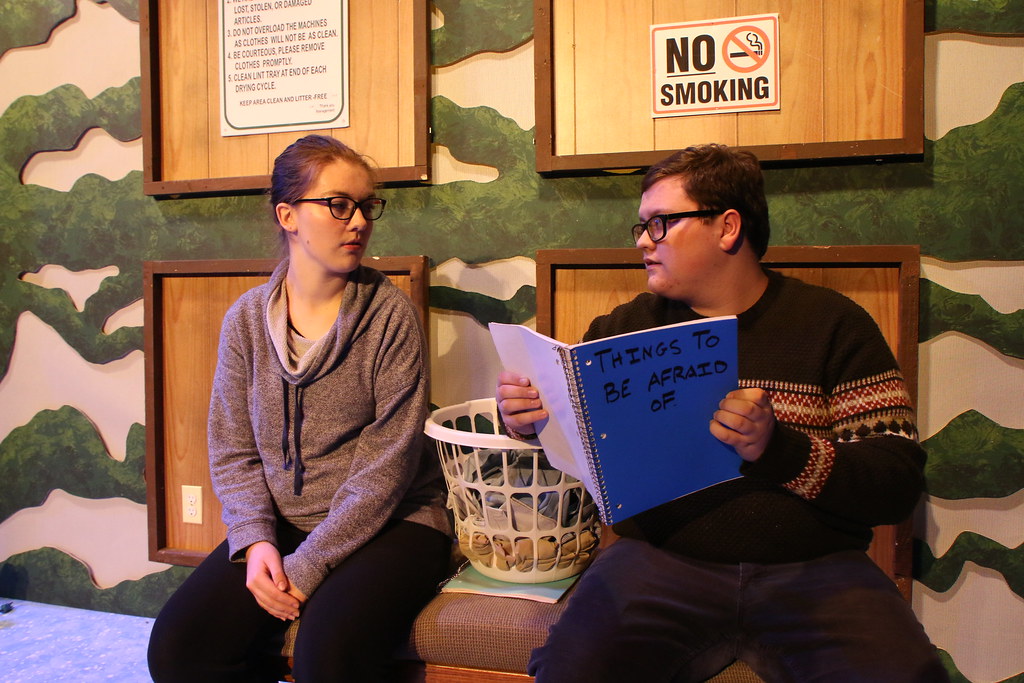