FIRST EXHIBIT: A reception and gallery talk for Matt Moyer's art show will be held Sept. 2.MONMOUTH, Ill. – Matt Moyer had what he called a “blue-collar upbringing” in Moline, Illinois.

Combining that background with an interest in art and “mechanical things” has led Moyer to produce creative work with “a decidedly industrial sensibility.”

Some of those works are on display in Monmouth College’s Len G. Everett Gallery in Hewes Library through Sept. 23. A reception for the artist will be held from 3 to 4:30 p.m. Sept. 2, with Moyer presenting a gallery talk at 3:30 p.m. The exhibit, reception and talk are all free and open to the public.

“I have always been interested in exploring the creativity, ingenuity and complicated history found in mechanical things,” said Moyer, whose exhibit is titled “Macro-Micro Sub-Systems: Mixed Media Industrialized Sculptures.”

MATT MOYER: Featured artist was raised in Moline, Illinois.In the exhibition, his interest has taken the shape of fictitious abstracted pipe systems, pumps and tanks, and catastrophic industrial accident artifacts – both real and fictitious.

“I think the inherent beauty, creativity and humility in these mechanical systems, artifacts and the people connected to them throughout history are fascinating,” he said.

Throughout the exhibition, viewers will find mixed media pieces that utilize ceramics, rubber, found objects and even vacuum cleaner air filters. They will also find fabricated steel sculptures that serve as stand-alone pieces and models for larger public sculptures. Another focus is a small series of ceramic objects and their real-world counterparts that explore the role industrial accidents have played throughout history.

“I think the inherent beauty, creativity and humility in these mechanical systems, artifacts and the people connected to them throughout history are fascinating.” – Matt Moyer

“As a society, we rely on mechanical services and factories but also clean water and clean air and, by proxy, those machines, people and systems that deliver them,” said Moyer. “Within those systems are vital components that are essential to the overall function – pumps, filters and tanks that move, clean and store our water and air.”

His exhibition explores the uniqueness of those parts, which are often shaped and sized to fit in unique tight spaces.

“I am interested in the absurd and almost comedic forms these components take on,” said Moyer. “Their loops, voids and patterns give them a life of their own as if they have personalities based on their job. Their patina, rust and often scarred exteriors pay homage to their usefulness, vitality and longevity.”

The artist as a young man

Moyer earned a bachelor of fine arts degree in ceramics with a minor in graphic design from Illinois State University. While at ISU, he participated in the National Student Exchange, spending two semesters at Rhode Island College and one at Northern Arizona University.

Between undergraduate and graduate school, he attended Southern Illinois University-Edwardsville and the University of Iowa as an unclassified graduate student. While at Iowa, he served as artist-in-residence at the Herbert Hoover National Historic Site in West Branch, Iowa, as part of the National Park Service Artist-in-Residence Program.

Moyer earned a master of fine arts degree in ceramics with a minor in sculpture from the University of Missouri. While at Mizzou, he traveled abroad and served as artist-in-residence at The Tainan National University of the Arts in Taiwan, where he worked and exhibited for six months. He also participated in the Summer Sculpture Residency at Eastern Illinois University and the Galesburg Civic Art Center’s Studios Midwest Residency.

Moyer has taught at several colleges and universities in Missouri but now maintains his active sculpture studio at his home in Columbia, Missouri. 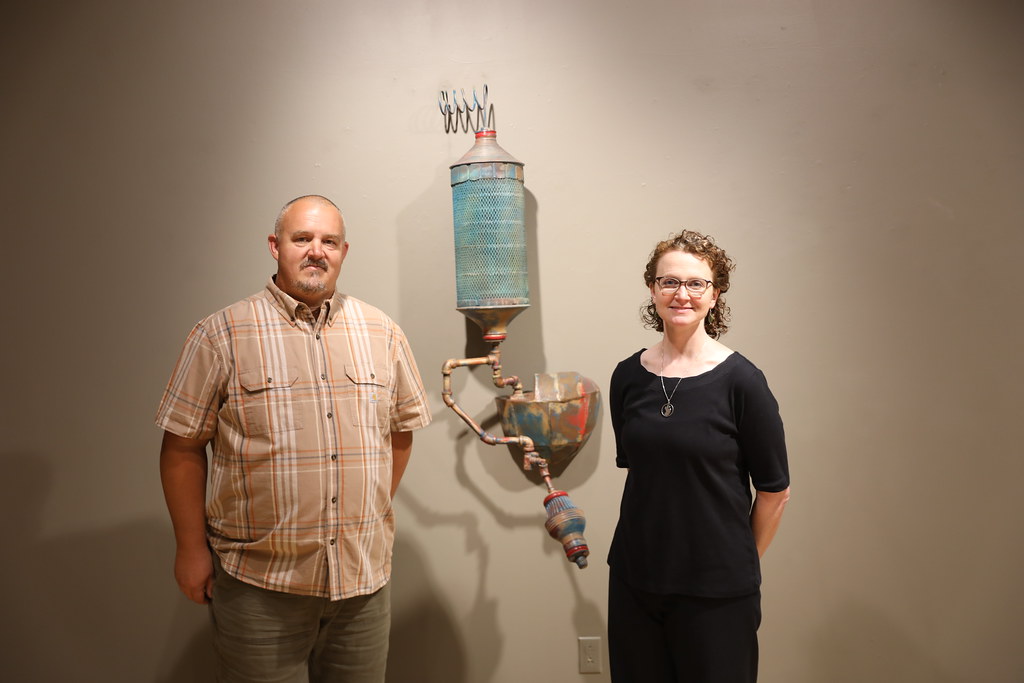